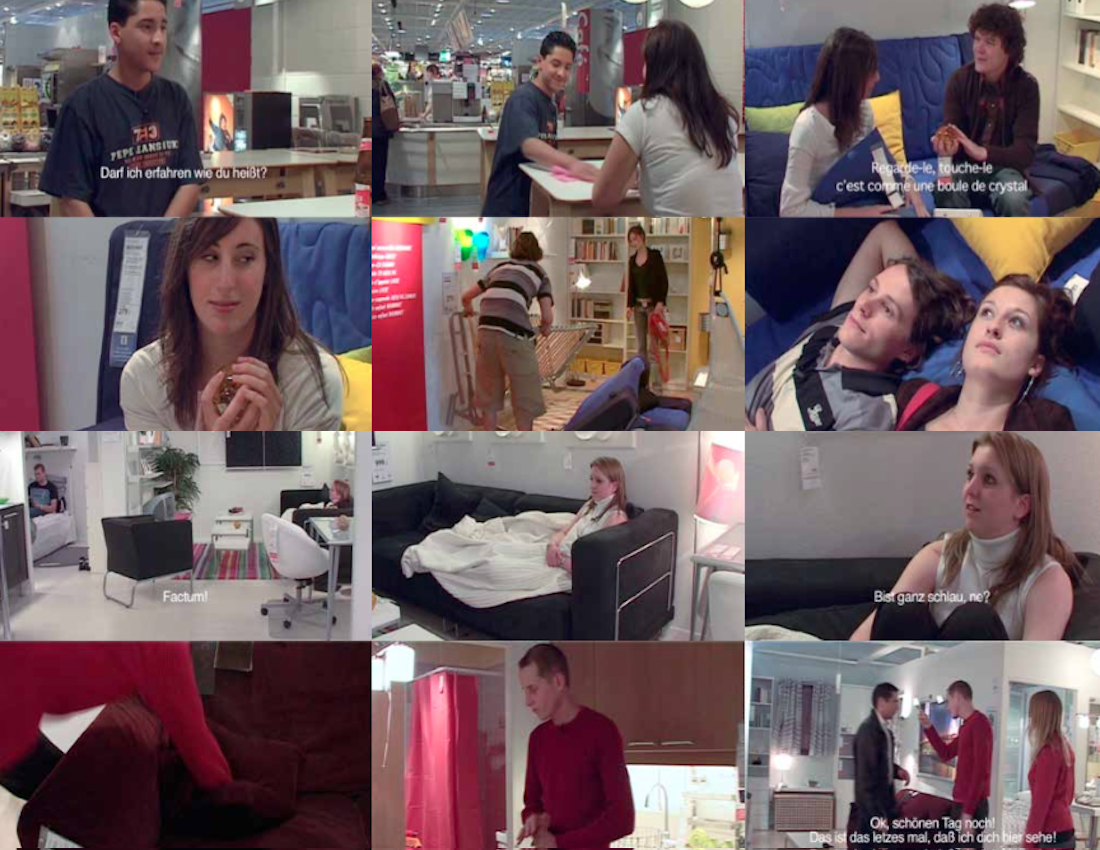 German artist Ulf Aminde always thought that IKEA furniture stores could be a ready-made set of a sitcom… Furthermore, all the necessary actors are already there: the customers meandering and browsing through the showrooms.

With a small film crew, Ulf Aminde shot the first episode of a romantic comedy using the material at hand: shoppers and passers-by who had to improvise in those impromptu sets, drawing on their daily lives to let the main characters evolve continuously, sometimes even switching to another language.