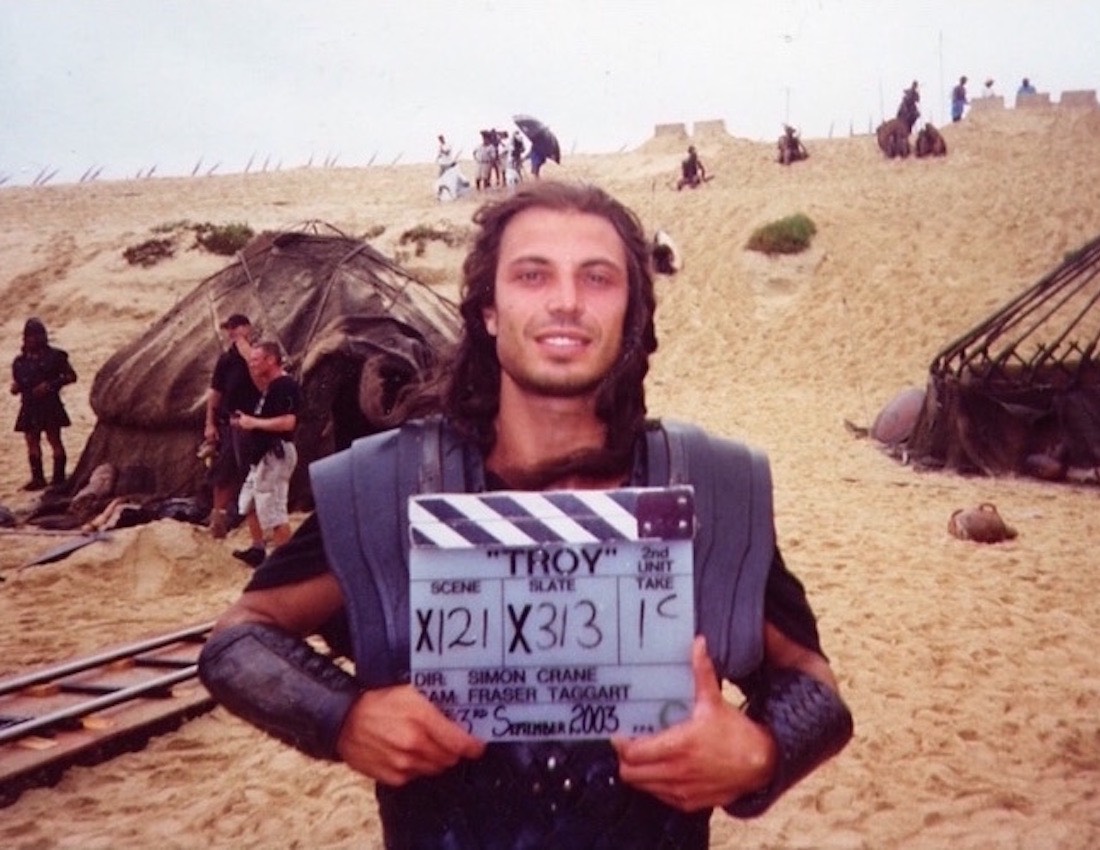 In 2003 Wolfgang Petersen spent 175 millions dollars shooting his feature film Troy. The 300 Bulgarian extras, hired for their supposed physical resemblance to the original Trojans, were transported with very little regard from Turkey to Malta and Mexico, and, were treated worse than the horses, which in fact earned more than them.

This project was born in a Hollywood studio, executed by a British company who consulted the South African military for the battle scenes. Krassimir Terziev inquired about these Bulgarian extras, about their hopes and their experiences. He also tried to raise awareness of the methods of some hollywood productions.